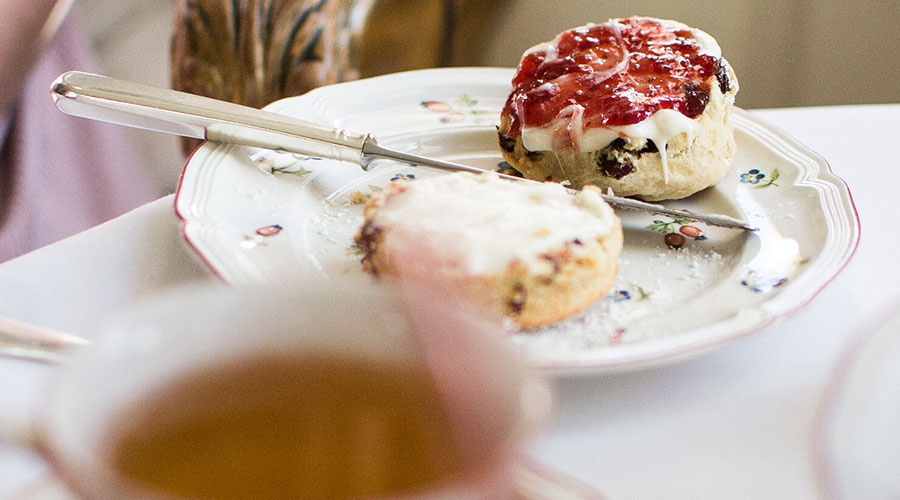 For those who have not grown up with the concept, it can be easy to mix up the meaning and history that sits behind the High and the Low or Afternoon tea.

Afternoon tea with sandwiches as an in between meal

The idea of the Afternoon Tea can most likely be attributed to the English Dutchess of Bedford who in 1840 introduced this culinary event happening between lunch and dinner.

In around that time petroleum lamps had been introduced to provide safer and brighter lighting to the affluent households and dinner time was delayed up to 8pm. Lunch was still an early affair and we have to assume that the good Dutchess must have become peckish during that interval.

She made it a habit to invite friends over for tea and a small snack. The popularity of this grew among the wealthy and this social event became more formalised and usually involved a savoury course with sandwiches, a course with scones, clotted cream and jam and a third course of sweet pastries.

The height of the table names the afternoon event

It was called Low Tea as it was mainly served on couch tables while seated in low comfortable chairs or sofas.

The High Tea in stark contrast is very much a working class thing. Coming from around 5 in the afternoon the working class man was often hungry and not inclined to wait for the later dinner hour, so they would often sit down at the kitchen table with a mug of tea and a meal of bread, cheese vegetables and occasionally meat. As this was taken at a “high” table it was called the High Tea.

Later the upper class also developed their own form of High Tea that was easy to prepare in advance and could be eaten when the servants were away. This would often be an amalgamation of High and Afternoon tea with the addition of salmon, veal or pigeon and fruit. In recent times the term High Tea with its much classier ring to, is often used for what is in essence more an afternoon of low tea.

Today many upscale hotels offer Afternoon Tea or High Tea and their menu could offer delicious sandwiches, homemade scones with clotted cream and jam and a cup of tea or perhaps a glass of champagne.

Semper Tea could be just the right organic tea to accompany the occasion of the Afternoon or High Tea. If you are more of a traditionalist we would recommend our organic black teas like Earl Grey, and Darjeeling, but there is no reason not to try something a bit different like Semper Tea Pu-Erh Vanilla.

For those who would prefer a less stimulating infusion our Rooibos, Fruit or Camomile teas could be a great alternative.

Never forget that tea of good quality does not necessarily need the addition of sugar or sweetener. Without, the consumption is even healthier. Click To Tweet